The Second Coming of Christ, the Day of our Lord and the day of our deliverance from the pain and sufferings of this Earth, is the most awaited moment of all faithful Christians in the world.

The Lord who left His royal state in heaven and chose to live in sufferings for our own sake will come in full glory accompanied by thousands and thousands of His angels to meet us in the clouds and be with Him forever in the realm of His Father. Everyone is excited to see this glorious period. Everyone is hoping to see their Lord face to face in the midst of the heavens. But the glory of this awaited moment is not the same as the moment being awaited by those who believe that the rapture will happen secretly. Yes, there are Christians who are deluded by the belief that the saints, during the rapture, will suddenly disappear prior to the tribulation, and that the public is unaware of what is happening to them.

Christ said to His disciples, “For as the lightning cometh out of the east, and shineth even unto the west; so shall also the coming of the Son of man be.” (Matthew 24:27). The lightning that comes out of the east and shineth into the west is not a secret event. Both east and west will see the glorious coming of the Son of God and He shall send His angels with a great sound of a trumpet to gather together His elects from one end of heaven to the other. Our beloved apostle Paul discussed the case in the same way when he stated, “For the Lord himself shall descend from heaven with a shout, with the voice of the archangel, and with the trump of God: and the dead in Christ shall rise first: Then we which are alive and remain shall be caught up together with them in the clouds, to meet the Lord in the air: and so shall we ever be with the Lord.” (I Thess. 4:16-17) This verse reveals that the coming of Christ and the rapture of the saints will never happen in silence or concealment. 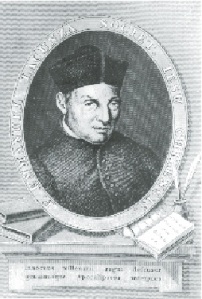 The theory of the Secret Rapture, as how its believers called it, is a product of a doctrine developed by the Catholic Jesuits to counter the Reformation. To confuse Protestants and prevent them from believing that the papacy is the fulfillment of the apocalyptic antichrist, the Jesuits Francisco Ribera, Robert Bellarmine and Manuel de Lacunza formulated a teaching placing the coming of the antichrist somewhere in the future and not in their present period as the historicists believed. Lacunza used the pen-name Rabbi Ben-Ezra to conceal his Catholic affiliation and that the Protestants will welcome his writings where the anti-Reformation teachings are contained.  The Scottish clergyman Edward Irving embraced the Jesuit teaching, especially of Lacunza who said that the coming of Christ is divided into two stages where the first point is the coming of Christ for His church to save them from the arrival of the antichrist. This is the first coming where the (secret) rapture will take place. Irving preached it with the support of the alleged rapture vision of Miss Margaret McDonald. The secret rapture belief was popularized by John Nelson Darby and then by Cyrus Scofield in the United States. 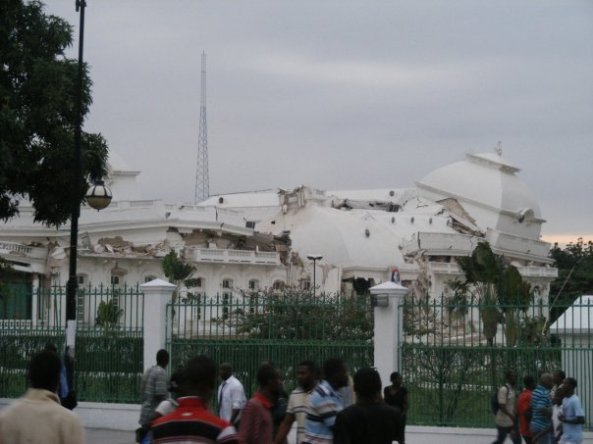 January 12 2010, a great earthquake with a magnitude of 7.0 hit the Caribbean island of Haiti, approximately 25 km (16 miles) west of Port-au-Prince, the capital city. At least 52 aftershocks measuring 4.5 or greater had been recorded. Structures of all kinds were damaged or collapsed, from shantytown homes to national landmarks. It is still very early in the recovery effort, but millions are likely displaced, and thousands are feared dead as rescue teams from all over the world are descending on the country to help where they are able. It was the worst earthquake in 200 years which killed an estimated 316,000 people, injured 300,000  and 1,000,000 were made homeless, as reported by the Haitian government. 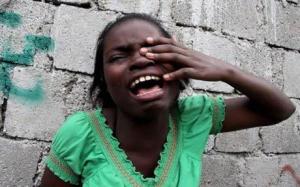 Because of what happened in Haiti, many people asked God, “why”? Some called Him a “murderer”. A man asked me, is God a murderer? Can anyone say that He is a murderer? The dictionary defined the word “murderer” as the unlawful killing of one human by another, especially with premeditated malice, or a deliberate killing of another motivated by ill will. The Greek translation of the Holy Scriptures defined “murderer” as anthrōpoktonos (ἀνθρωποκτόνος ), same term used by Christ to describe Satan.

Ye are of [your] father the devil, and the lusts of your father ye will do. He was a murderer from the beginning, and abode not in the truth, because there is no truth in him. When he speaketh a lie, he speaketh of his own: for he is a liar, and the father of it. (John 8:44)

Contrary to the meaning of the word “murderer”, we should understand that God takes away life, not as an ill killer, but the owner of it. He owns life. He created life. Therefore, no one must question God or blame Him when life took away from a single person in a calamity. Christ said;

Therefore doth my Father love me, because I lay down my life, that I might take it again.

If the Son have the power to give and take away life, how much more the Father in heaven.

We can ask, “who caused and why he brought Haiti into such horrible experience?” The Bible answered;

Then the earth shook and trembled; the foundations also of the hills moved and were shaken, because he was wroth. (Psalms 18:7)

An earthquake is a manifestation of God’s wrath. God only shakes the foundations of the Earth because of His anger. He can cause the water of the sea to surpass the limit and flood the dry ground. He can call tornado out from the vessels of the wind or to call down hailstone to destroy the land.

Which I have reserved against the time of trouble, against the day of battle and war? (Job 38:22,23)

Is there any reason for Him to get angry? Does He have the reason to tremble the foundations of the earth by His power? Yes, of course. God is so offended by people, and not just often, but daily.

God judgeth the righteous, and God is angry with the wicked every day. (Psalms 7:11)

Every day He sees iniquity. Man killing each other. For a small piece of land, people destroy his fellow. For money which he cannot bring into the grave, man kills his neighbor. For the money, man commits murder and thievery. Man sells illegal drugs to destroy the promising future of the youth. Man fornicate with his same sex, and women with her same gender. Women abort their innocent babies.  Married woman lies with another man, and married man fornicates with another woman. Parents sexually abuse their child, and children disrespect their parents. These are just examples of sins that lie every day before the sight of God. Does God have the reason to get angry? Does He have the reason to tremble the habitation of His creatures? Definitely! Paul said;

For the wrath of God is revealed from heaven against all ungodliness and unrighteousness of men, who hold the truth in unrighteousness; (Romans 1:18)

The God of heaven is an offended God. He must express His anger so that man should think to repent. I remembered when a great earthquake struck over the province of Baguio, those inside the gambling dens came out, throwing their cards, chips and mahjong tiles and called the name of God for deliverance. People often forget God in their lives and they just call His name when in times of trouble. We offended Him and not Him to us. But we must not think that calamities today are the very last manifestations of His wrath. One more, God is preparing a grand manifestation of His wrath against the sinful world, and to this we have to prepare ourselves;

“…but now he hath promised, saying, Yet once more I shake not the earth only, but also heaven.“ (Hebrews 12:26)