Sabbath-keeping denominations are boastful about their claim of being the true church prophesied in the Holy Scriptures. Since the Bible often speak about the sanctity of the Sabbath and its significance as the sign of God to His people, these sabbath-keeping denominations are very much confident to defend their doctrines against their critics and even against those non-sabbath keeping churches who claim to be the true Church of God.

The Logo of the Seventh Day Adventist Church

Seventh-Day Adventists believed that the Sabbath is the binding sign between God and His people, the Church who keeps the commandments of God written upon tables of stones.  It is the sign that the power of God moves upon them and sanctifies them.

However, if we will try to review some of the statements given by their own leaders and Church writers describing the current spiritual status of the Church in its entirety, we will wonder why;

“An inspired pen sums up the Adventist problem today very succinctly and accurately: ‘The line of demarcation between wordlings and many professed Christians is almost indistinguishable. Many who once were earnest Adventist are conforming to the world – to its practices, its customs, its selfishness. Instead of leading the world to render obedience to God’s law, the church is uniting more and more closely with the world in transgression. Daily the church is becoming converted to the world.’ (Testimonies, vol. 8, pp.118,119)

What happened to the sabbath-keeping Church? What then is the significance of a sabbath, the sign of God’s sanctification, if the Church itself admits their spiritual failure? This is because they neglected to remember the  most important sabbath given by God to His Church. They did not follow the commandments of God perfectly. The Scriptures declared; “Moreover also I gave them my sabbaths“, but the Church focused her obedience only to one sabbath, the 7th day of week. The word “sabbaths” is in the plural term, saying the Church must observe not only a single sabbath, but all the sabbaths given by God to the Church. Is there any other sabbath given to the Church? In the Book of Hebrews, it says;

There remaineth therefore a rest to the people of God. (Hebrews 4:9)

This is not saying that the seventh-day sabbath written in the tables of stone was already done away or become obsolete, what we are trying to emphasize is that God added another sabbath for the Church. The verse says, “There remaineth therefore a rest to the people of God“. It didn’t say, “There remaineth therefore ONLY ONE rest to the people of God. ” So what is this another sabbath as the Hebrew writer mentioned in his letter? In verse 8 it says;

For if Jesus had given them rest, then would he not afterward have spoken of another day.

Yes, this sabbath pertains to another day – a day different from what was given at Sinai.  In verse 7, it explains;

Again, he limiteth a certain day, saying in David, To day, after so long a time; as it is said, To day if ye will hear his voice, harden not your hearts.

The new sabbath for the Church was the one referred in the songs of David, so opening the psalms of David, we will  discover a verse that mentions the day which the Lord God had made for His people. And it says;

I will praise thee: for thou hast heard me, and art become my salvation.

The stone which the builders refused is become the head stone of the corner.

This is the LORD’s doing; it is marvellous in our eyes.

What is the day that the Lord hath made? That another day and another sabbath given to be observed by the Church? It’s Christ – Head Stone of the corner.

Now therefore ye are no more strangers and foreigners, but fellowcitizens with the saints, and of the household of God;

And are built upon the foundation of the apostles and prophets, Jesus Christ himself being the chief corner stone; (Ephesians 2:19,20)

Jesus is the Head Stone of the corner, the day that the Lord hath made, the remaining sabbath for the House of God. Now, someone might ask me, “Is Jesus a twenty-four hour period that we may say He is a sabbath?” Of course not! There was a sabbath that doesn’t only last for 24 hours, but even endure unto everlasting. And that sabbath is Christ Himself, according to the Bible.

Jesus Christ the same yesterday, and to day, and for ever. (Hebrews 13:8)

Going back to our sabbath-keeping friends. The reason why they failed from 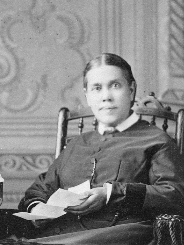 having a sanctified life in spite of their high esteem to the Sabbath of the 4th Command is because they failed to remember the most important Sabbath of the Bible – our Lord Jesus Christ.  Although they displayed an outstanding defense for their doctrine, and proven to be a well-informed people about the details of the laws, sabbath observance will never be a sign of sanctification unless they will observe first and foremose the most important part of the Sabbath Doctrine which is Christ. Hence, Adventist Church fell badly. Their own prophetess, Ellen White, said;

“The church is in the Laodicean state. The presence of God is not in her midst… Abridge the work, limit your labors, and you remove your Helper… What a terrible thing it is to exclude Christ from His own temple! What a loss to the church!” (Notebook Leaflets, vol 1, p 99.)

The prophecy of Isaiah declared: “Thus saith the Lord, Keep ye judgment, and do justice: for My salvation is near to come, and My righteousness to be revealed. Blessed is the man that doeth this, and the son of man that layeth hold on it; that keepeth the Sabbath from polluting it, and keepeth his hand from doing any evil.” “The sons of the stranger, that join themselves to the Lord, to serve Him, and to love the name of the Lord, to be His servants, everyone that keepeth the Sabbath from polluting it, and taketh hold of My covenant; even them will I bring to My holy mountain, and make them joyful in My house of prayer.” Isaiah 56:1, 2, 6, 7.

As we go along with the context of this prophecy, we will notice that this declaration applies to the Christian period. In verse 8 it says: “The Lord God which gathereth the outcasts of Israel saith, Yet will I gather others to him, beside those that are gathered unto him.” The observance of the holy Sabbath day, according to the prophecy, will become a distinctive characteristic of a true Christian worshiper. Unlike today’s popular teachings about the Lord’s Day, Sabbath has never been destroyed or changed into a spurious one. Rather, God made an emphasis for this to remind the people of its sanctity.

"The breach was made in the law of God when the Sabbath was changed by the Roman power."

The Lord said: “Bind up the testimony, seal the law among My disciples.” Isaiah 8:16. The seal of God’s law is found in the fourth commandment. This only, of all the ten, brings to view both the name and the title of the Lawgiver. It declares Him to be the Creator of the heavens and the earth, and thus shows His claim to reverence and worship above all others. Aside from this precept, there is nothing in the Decalogue to show by whose authority the law is given. When the Sabbath was changed by the papal power, the seal was taken from the law. The disciples of Jesus are called upon to restore it by exalting the Sabbath of the fourth commandment to its rightful position as the Creator’s memorial and the sign of His authority.

“To the law and to the testimony.” While conflicting doctrines and theories abound, the law of God is the one unerring rule by which all opinions, doctrines, and theories are to be tested. Says the prophet: “If they speak not according to this word, it is because there is no light in them.” Verse 20.

Again, the command is given: “Cry aloud, spare not, lift up thy voice like a trumpet, and show My people their transgression, and the house of Jacob their sins.” It is not the wicked world, but those whom the Lord designates as “my people,” that are to be reproved for their transgressions. He declares further: “Yet they seek Me daily, and delight to know My ways, as a nation that did righteousness, and forsook not the ordinance of their God.” Isaiah 58:1, 2. Here is brought to view a class who think themselves righteous and appear to manifest great interest in the service of God; but the stern and solemn rebuke of the Searcher of hearts proves them to be trampling upon the divine precepts.

The prophet thus points out the ordinance which has been forsaken: “Thou shalt raise up the foundations of many generations; and thou shalt be called, The repairer of the breach, The restorer of paths to dwell in. If thou turn away thy foot from the Sabbath, from doing thy pleasure on My holy day; and call the Sabbath a delight, the holy of the Lord, honorable; and shalt honor Him, not doing thine own ways, nor finding thine own pleasure, nor speaking thine own words: then shalt thou delight thyself in the Lord.” Verses 12-14. This prophecy also applies in our time. The breach was made in the law of God when the Sabbath was changed by the Roman power. But the time has come for that divine institution to be restored. The breach is to be repaired and the foundation of many generations to be raised up.

Hallowed by the Creator’s rest and blessing, the Sabbath was kept by Adam in his innocence in holy Eden; by Adam, fallen yet repentant, when he was driven from his happy estate. It was kept by all the patriarchs, from Abel to righteous Noah, to Abraham, to Jacob. When the chosen people were in bondage in Egypt, many, in the midst of prevailing idolatry, lost their knowledge of God’s law; but when the Lord delivered Israel, He proclaimed His law in awful grandeur to the assembled multitude, that they might know His will and fear and obey Him forever.

From that day to the present the knowledge of God’s law has been preserved in the earth, and the Sabbath of the fourth commandment has been kept. Though the “man of sin” succeeded in trampling underfoot God’s holy day, yet even in the period of his supremacy there were, hidden in secret places, faithful souls who paid it honor. Since the Reformation, there have been some in every generation to maintain its observance. Though often in the midst of reproach and persecution, a constant testimony has been borne to the perpetuity of the law of God and the sacred obligation of the creation Sabbath.

These truths, as presented in Revelation 14 in connection with “the everlasting gospel,” will distinguish the church of Christ at the time of His appearing. For as the result of the threefold message it is announced: “Here are they that keep the commandments of God, and the faith of Jesus.” And this message is the last to be given before the coming of the Lord. Immediately following its proclamation the Son of man is seen by the prophet, coming in glory to reap the harvest of the earth.