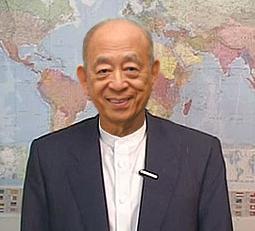 MBC, a South Korean TV network, launched several scientific investigations on the effects of alkaline water on chicks and mice. Their research is shown on the Internet Website “youtube,” and search for “Alkalark”. The narration is in Korean with English subtitles. Below is a summary of the video.

The MBC investigation team prepared an unusual experiment using 40,000 chicks. The team separated the chicks in two groups, 20,000 each and put them in two separate farm buildings, A and B.

These chicks were raised for one month and given the same amount of feed, but the drinking water supplied was different. The group in building A was supplied with normal ground water, the group in building B was supplied with alkaline water made by minerals added to the water, including magnesium. Alkaline water is known to have reducing power to get rid of excess acidic wastes created by human metabolism.

Though a cold wave of bird flu hit the country, the chicks here seemed to all be healthy and full of energy.

The team wanted to know what the difference between the two groups was as the result of drinking ordinary water and alkaline water.

First, they inspected the survival rate:

The mortality rate of chickens drinking alkaline water is about 1/8 of the ones drinking ordinary ground water.

Next, the team randomly selected 100 chickens from each group and measured the average weight.

For the next experiment, the MBC team used OlletTF mice which develop diabetes due to genetic obesity. 16 mice were divided into two groups; again, one with general water and the other with alkaline water, but with the same feed. At the beginning, the mean blood-sugar levels of these mice were 69 and 53.

For the next two months the team collected blood samples; levels of blood sugar, neutral fat, and cholesterol were checked regularly. As these mice raise blood-sugar genetically, the key point of this experiment is how much alkaline water influences the increase of blood sugar level.

It was confirmed that alkaline water has the effect of restraining about 34% of blood-sugar level compared with general water.

What is the value change of cholesterol combined with unhealthy cholesterol, that is LDL (Low Density Lipoprotein)?

This experiment proves that alkaline water has an effect not only on restraining blood-sugar value, but also on various kinds of adult disease such as hardening of the arteries, etc.

After injecting melanoma as a malignant skin cancer cell strain into the abdominal cavity of the experimental mice, the team observed the tumor size and the speed of spread. There were two groups of mice; one was made to drink alkaline water and the other the general water. The same feed was distributed.

The team cut the tumors and measured the weight:

The team injected skin cancer cells into the tails and observed cancer spreading to the lungs, and they noticed a big difference in the number of colonies between the 2 groups. What appears as black dots on the white lungs are cancer cell colonies. The number of cancer cell colonies in the mice drinking general water was 260, while that of the mice drinking alkaline water was 145. This shows that alkaline water has an anti-cancer effect of restraining tumor spread.

These experiments, published by the MBC network, Korea, are very informative. It clearly indicates that alkaline water helps restore and maintain good health in animals. It is unfortunate that the examining team did not publish the pH values of the general water and alkaline water used. If the pH of the alkaline water was much higher, the end results could have been much more significant.

Sang Whang is a Korean American community leader and politician in Florida. He has self-published a book entitled Aging and Reverse Aging, about the alleged health benefits of high-alkaline water and other alternative health practices.